Health-conscious people love to use natural ingredients in daily life. And they use the milk and cinnamon individually as well. But do you know that drinking cinnamon mixed milk at night can offer numerous health benefits?

Actually, most people are not aware of this ancient herbal drink remedy. It can help in weight loss, fights the cold, and helps to manage diabetes as well.

About Cinnamon and its nutrients

Cinnamon has been used since 2000 BC in Ancient Egypt as traditional medicine. Now a day people also use it as a spice to flavor various cuisine. Hence, it most popular spice, after black pepper, in the United States and Asian countries, and Europe.

Right now, cinnamon is available as spice whole, as pieces of bark and powder form.

There are two types of cinnamon available, known as cassia and Ceylon. Both have different nutritional profiles and use. It can also use in essential oil and supplement forms.

Cinnamon is a rich source of manganese, calcium, iron, and vitamin K, and contains some fiber.

Drinking Milk is very common among all age groups. It has been enjoyed throughout the world since ancient times. The most commonly consumed milk types are getting from cows, sheep, buffalo, and goats.

It’s a nutrient-rich fluid and drinks most frequently due to its health benefits.

Milk is an excellent source of potassium, B12, calcium, and vitamin D, which are lacking in many diets.

If you want to sleep peacefully after a long tiring day? Or want to save yourself from deadly diseases like cancer and diabetes forever?

So in such a situation, you should consider the health benefits of drinking cinnamon milk every night before sleeping.

In this article, I will share the amazing health benefits of drinking cinnamon milk at night.

When they are combined together, their health benefits are enhanced and this mixture becomes a powerful and potent nutrient powerhouse. These mixtures create an amazing remedy that can cure many diseases and can help you sleep better and relax.

Cinnamon has the ability to lower blood sugar levels and improve insulin sensitivity. Drinking cinnamon milk after meals decreases the amount of glucose that enters the bloodstream after a meal.

Cinnamon works by breaking down the carbohydrates in your digestive tract slowly.

Studies found that in a group of people with type 2 diabetes, having half a teaspoon of cinnamon per day reduces total Cholesterol level.

Cinnamon contains essential oils that protect the mouth from certain strains of bacteria, which cause bad breath, cavities, tooth decay, and mouth infections.

According to a study, the essential oil has antibacterial properties that can help combat mouth bacteria.

3. Milk and cinnamon for weight loss

A glass of warm milk with cinnamon is advisable for people whose goal is weight loss. It improves your metabolism process and enhances digestion.

This will help you feel for a longer period which reduces the frequent calorie intake. That’s why almost every dietitian recommended drinking warm milk with cinnamon at night.

Another huge benefit of cinnamon is that it decreases the risk factors for heart disease by lowering high cholesterol and blood pressure levels.

People with type 2 diabetes have a high risk for heart disease, and drinking cinnamon milk daily has been shown to have a beneficial effect.

The essential oils and the antimicrobial, antiviral, antifungal, and antibiotic properties of cinnamon surely make it a wonder spice.

Calcium will help build and maintain strong bones, protect your heart, muscles, and nerves and even help in the better absorption of other minerals.

Drinking a warm glass of cinnamon milk at night works wonders when you are suffering from a cold. The drink can bring relief from the allergy symptoms like headache, sneezing, and dizziness associated with a cold.

In addition, it can also fight common allergy symptoms and histamine reactions in the body.

9. Milk and cinnamon for sleep.

If you are suffering from insomnia, then use milk and cinnamon for sleep.  Drinking a glass of cinnamon milk before going to bed is one of the best options to prevent the condition.

Cinnamon helps in providing a relaxing effect on the nerves and muscles and thereby induces sleep.

These are the few important health benefits of drinking cinnamon milk at night.

How to Make Cinnamon milk 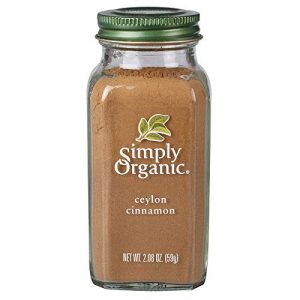 Now let’s check out the Recipe to prepare cinnamon milk.

Make it a habit to consume this cinnamon milk before going to bed or once a day on regular basis.

The Bottom-line – Benefits of drinking cinnamon mixed milk at night

2 thoughts on “Health Benefits of Drinking Cinnamon Milk before bed” 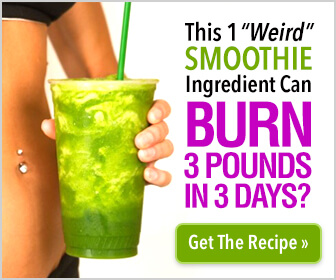